Human Aging Considered as an Immune Deficiency Syndrome (Part I)

Well, last Tuesday morning the temperature in wonderful downtown San Pedro dipped to below 60° F. for the first time this year, right down to an absolute bone-chilling 55°. My reaction, like that of many spoiled SoCal residents, was to stay in bed until far later, and then to turn on the pilots of the two wall heaters in my living room and bedroom. Those who come from far chillier climes, who have to deal with far worse on a regular basis, are free to post negs to their heart’s content.

END_OF_DOCUMENT_TOKEN_TO_BE_REPLACED 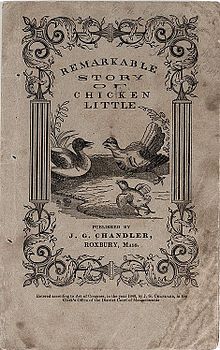 Perhaps you are familiar with the story. It is an old one, going back to the fables before Aesop, two and a half millenia ago: Chicken Little is walking around, when an acorn falls from a tree, and bungs him a good one on his pea-brained noggin. Little decides that the sky is falling, gets on social media, er, shouts to all his friends, starts a petition at whitehouse.gov, leads them to talk with the King, meets with George Soros/Breitbart/Pepe the Frog/Fill In Villain of Your Choice Here, er, a friendly Fox, who suggests that all the barnyard crew stay in his lair for the evening, and then they can travel the rest of the way to visit the King.

Whereupon, the Fox eats the lot of them, Chicken Little included. Or else the Fox manages to get the lot of them to do some really stupid stuff, like vote for Trump or Hillary, and either riot afterwards, or get smug about their winner. I dunno: it’s kind of hard to tell these days.

But the moral of the story would appear to be this: try not to get played, kids. Would that any of the lot of you had learned that lesson, folks.

Because it seems to me that just about ALL of you have been played in one way or another, guyz. Myself included. END_OF_DOCUMENT_TOKEN_TO_BE_REPLACED

Today is the Feast of St. Philip the Apostle. In the Christian East, many of us choose this day to begin our preparations for the celebration of the Nativity of Our Lord and Savior, Jesus Christ, according to the flesh. I believe that this is called Christmas in the West.

As there have already been some changes recently imposed upon me, I have come to the conclusion that it is now time for me to make some changes as well. One of those changes is that I will be greatly reducing or eliminating my participation in Facebook, especially my comments, which I find to be unprofitable. I will greatly reduce the time I spend upon reviewing my e-mails, to once in the morning, once at noon, and once in the evening. I will stop the constant review of the internet, and use that time for something of perhaps better purpose. END_OF_DOCUMENT_TOKEN_TO_BE_REPLACED

I Told You So…

Trump won the election. Those four words are as painful to me as the four of the title of this piece above. I take no pleasure in his victory. I also take no pleasure in having been right in what I have been saying for the past year. I only will repeat this: I told the lot of you that you had underestimated Trump, calling him a bully, or a liar, or racist, or a woman hater, and disregarding his intelligence and his ability to learn. I told you that Gingrich, Carson and even Bernie Sanders were better candidates, and were the only ones likely to prevail against Trump. You didn’t listen.

And it cost you the election.

Do I have your attention now? END_OF_DOCUMENT_TOKEN_TO_BE_REPLACED

The good Fr. Hunwicke has again displayed his usual and considerable eloquence, wisdom, and erudition, this time regarding the equal and opposite errors, at least for Catholics of all flavors, of sedevacantism and Fr. H’s useful and amusing neologism of ‘ultrahyperueberpapalism’. One may find his entry here. I was going to comment at his weblog, but the comment got rather too long, and I did not wish to pollute his comment box with anything other than a link. Thus, I am writing this entry. END_OF_DOCUMENT_TOKEN_TO_BE_REPLACED

Some Musings on Leadership, Security, and Secrecy 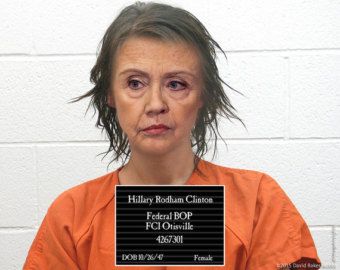 You know, what with all the recent discussion of the several Wikileaks and other recent revelations, as well as the content of those revelations themselves, it might be a good idea, not simply to talk about security or its lack, but to look into various ways that leaders in the past have dealt with it, and perhaps to do a compare and contrast. END_OF_DOCUMENT_TOKEN_TO_BE_REPLACED