More Notes from the First Circle of Hell

I’ve recently read something that has stirred up something vaguely resembling thought in me, and I’ve decided to put down those thoughts. Bad thoughts! Bad!

Seriously, though, the first of the writings in question is this one entitled Hikikomore and the Politics of Despair. The writer examines the lives of a growing sector of people in Japan who are described with the name in the above title. The name means ‘shut-in’, and refers to a large and growing group in Japan who have pretty much given up on Japanese society, and are living in their parents’ homes, or alone. They seldom go out of their rooms, and are pretty much bound to their computers, their televisions, or their video games.

The ultimate result of this way of life is called kodoyushi. It means lonely death, which is being experienced by more and more of the hikikomore, either as they age, or as they decide to give up. It is indeed a lonely death, because what often happens is that these people die alone, and their bodies are not found until days to weeks later.

The writer suggests that these hikikomore are the inevitable result of our modern society, that they are canaries in the coal mine: outliers who are showing the way that more and more people in the U.S. will be living in the not-too-distant future.

I hate to be the one to tell the writer, but it is unlikely to be as good in the U.S. as in Japan. It seems that in Japan, there is a much better social support network, in which people who can no longer cope are still taken care of. Not so in the U.S.

No, we have had our hikikomore for a long time now. We call them the homeless. END_OF_DOCUMENT_TOKEN_TO_BE_REPLACED

Some musings on the National Anthem

What with the fact that even a hermit like me, without newspapers, television, or cable, and with the radio permanently stuck on the local classical station, KUSC, has still heard of the fracas about footballers and others not standing for the American flag or the National Anthem, it is obvious that teh Interwebz has an inordinate effect on the weak-minded, such as yours truly.

That being said, and the fact that like most of my fellow weak-minded souls, I’m armed with a weblog, and I’m not afraid to use it, I might as well do so likewise to deliver my uninformed and cantankerous opinion upon an already weary world. END_OF_DOCUMENT_TOKEN_TO_BE_REPLACED

I’m sure that most of my seven or eight readers will remember that most impressive scene within that classic motion picture, The Princess Bride, when Prince Humperdinck is about to enact his, er, ‘arranged’ marriage with Princess Buttercup. The court chapel is richly arrayed with tapestries and flowers. The Bride, groom, wedding party, and wedding guests are richly dressed. The altar is gorgeously arrayed. The Impressive Clergyman, who is even more gorgeously vested, turns from the altar to the people, while the organ plays the final cadence of its beautiful music. The Impressive Clergyman silently gestures for the congregation to rise.

And then the Impressive Clergyman opens his mouth. END_OF_DOCUMENT_TOKEN_TO_BE_REPLACED

‘Sometimes I take a great notion…’

As one can perhaps tell from my choice of title and music, I’m a bit down right now. Now, where to start as to why…? END_OF_DOCUMENT_TOKEN_TO_BE_REPLACED

An episcopal apology I’d like to hear some day

When I was a child at a Roman Catholic grade school in Southern California, long ago, the practice of the nuns who taught there was to have the students of in each class room line up in their own line at the end of each recess. One morning, the kids in my class room, while in their line, were being particularly loud and unruly, so much so that they delayed the whole school from going in to their respective classrooms by at least ten minutes.

My teacher, a particularly tall and stout Carmelite nun, came up to me, and said, “I want you to apologize to the whole school for the behavior of our class.” I quietly protested to her, “But I didn’t take part in what they did!” And the nun quietly said to me, “I know that. Nonetheless, I would like you to apologize on behalf of your class. Could you do that for me?” I nodded, and in as loud a voice as I could muster, I apologized to the school on behalf of my class.

It seems that these days, I have heard tell of a number of bishops who are remonstrating with their unruly and disorderly flocks. I have remarked here and there about such bishops. I’m afraid that I have not been very charitable with these bishops, and for that, I apologize myself. END_OF_DOCUMENT_TOKEN_TO_BE_REPLACED

It is better to light one small stick of dynamite, than to curse the silence. 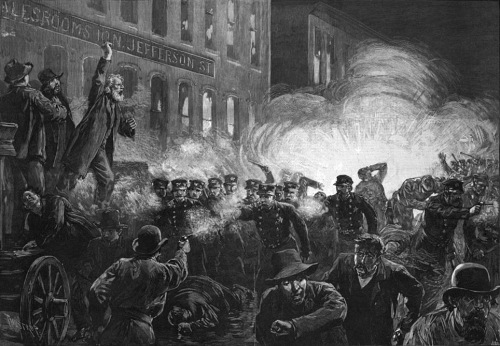 It is time to wake up to what we must become, rather than who we now are. END_OF_DOCUMENT_TOKEN_TO_BE_REPLACED

I feel much better, now that I’ve given up hope.

Well, today is my 63rd birthday. It would be better if my late wife, Beth, were here to enjoy it (or for that matter, my first late wife, Carolyn, but as I often say, ‘If wishes were horses, we’d all be knee deep.’). Bur friends are posting greetings to me on my e-mail and my Facebook page. And Beth appeared to me in another dream last night, and we had a nice talk. One accepts one’s blessings with gratitude and humility, if one is wise. END_OF_DOCUMENT_TOKEN_TO_BE_REPLACED

I’ve been trying to put off this one for some time now. I’ve got my cheap brandies and sodas (abundances of them) and the quesadilla con carnitas (I know, I’m an incurable gringo) from the local food truck. It’s a warm spring night. I’ve helped to sing a beautiful Divine Liturgy at my church. I’ve spoken with my brother about having my 63rd birthday next Sunday at my mother’s place in Manhattan Beach. I’m planning on boeuf bourgignon and Caesar salad, rice and egg noodles, possibly a German chocolate cake with the classic frosting from a German bakery in South Gate (if it is still open) and a superb cheesecake from my nephew with the Cordon Bleu certificate and a true gift for baking. That should be enough, now. Shouldn’t it?

Apparently not. I appear to live my life in a number of layers. END_OF_DOCUMENT_TOKEN_TO_BE_REPLACED

‘You always end with a jade’s trick. I know you of old.’

I was there when you lot of spoiled priests said that the Spirit of Vatican II said that we had to drop the use of Latin in the Mass like a live hand grenade. And so we did. It didn’t matter that the Council Fathers said that they wanted to keep Latin in the liturgy. You did it anyway.

I was there when you lot said that we had to stop singing Gregorian chant, and do your Hootinanny masses instead. Ditto everything else beautiful from Josquin de Pres to Maurice Durufle. Again, it didn’t matter that the actual Council documents said otherwise. You just did it.

I was also there when you replaced the strains of organs, brass, winds, and choirs with guitars and Kumbaya. Good going, guys. END_OF_DOCUMENT_TOKEN_TO_BE_REPLACED

Yet another silly rant…

You know, I REALLY should stop reading Aleteia. Yet again, I have found a well meaning article, by what appears to be a really good young woman by the name of Therese Anthony, which article is entitled “Dear Priests: Please Teach Us”. The essay may be found here, and I would invite my four or five readers to peruse it. Basically, she asks Roman Catholic priests to stop feeding us pabulum, and actually to teach us the Faith.