‘Beauty will save the world’ NOT! 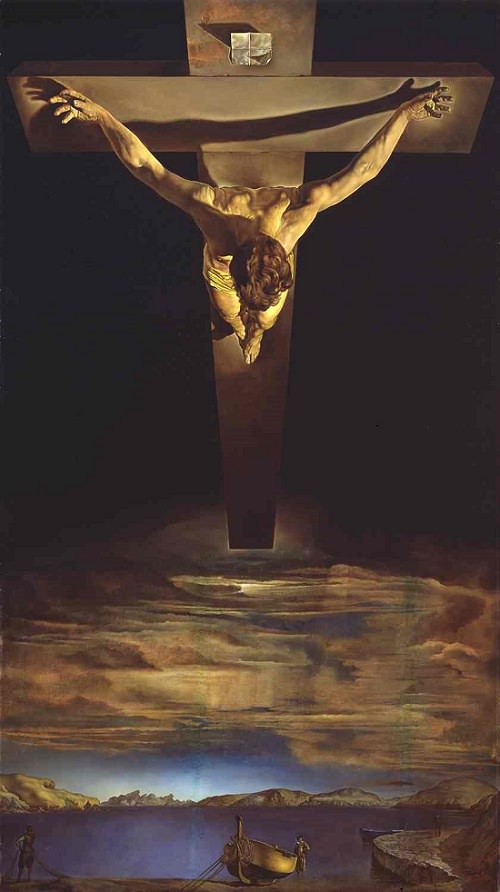 You know, I really should stop doing this. There I am, minding my own business, opening my morning e-mail, when I get another posting from Alethea. I open it, read it through, and then close it, thinking to myself, “How can they utter such rot with a straight face?” Most of the time, I just shake my head, close the laptop, and walk away.

But not this time. And especially, not when this rot is being talked by someone whom I very much respect, and who really, truly, ought to know better than that.

I refer to the recent posting in Alethea by Fr. Dwight Longenecker entitled ‘Beauty is the Language of Worship‘. In fairness to the good Father, he gets most things right. He writes of his worthy efforts to build a beautiful church. He tells his congregants that it should not be a church filled with beautiful things, but should itself be beautiful. He works to build ‘a modern church in a traditional style.’ He even states an important, crucial, and saving truth: ‘Because God is a being of beauty, glory and majesty, glory, beauty, honor and majesty should be part of its function, and if form follows function, then the church, through its materials and craftsmanship, ought to speak of glory, beauty, majesty and honor.’

Where I believe that the good Father errs, and errs badly, is in the bald statement of the title of his offering, which is repeated several times in the course of his essay: that ‘Beauty is the language of worship.’ To be fair to Fr. Dwight, he elsewhere qualifies that to mean ‘God’s beauty’. And if Fr. L. had simply written, ‘the beauty of God’s Word and His Creation are the Language of Worship’, then I would have no problem at all with his essay.

But I believe that that shorter statement, taken alone, has been at the root of the rot that has plagued Western Christian Church Art, Music, and Architecture for at least the last century, and quite likely for far longer.

It starts by replacing an objective standard with a subjective one. With the standard of the beauty of God’s Word and Creation, one can take a particular piece of music, say Hildegard of Bingen’s several Sequentiae, or Byrd’s Ave Verum Corpus, or Beethoven’s Missa Solemnis, and see how well it measures up to God’s Word through Scripture or Tradition, or the beauty of His creation. The same can be done for a work of art or architecture. But if Beauty, sole and simple, is the standard by which we determine whether a piece of art, or music or architecture are to be used, then ‘Beauty is in the eye of the beholder’, and Beauty, like taste, ‘can not be disputed’. Who are you to judge?

It also replaces a primary good with a secondary one, with disastrous results. I believe that it was C.S. Lewis, in his essay, ‘First and Second Things’, who put it this way:

The woman who makes a dog the centre of her life loses, in the end, not only her human usefulness and dignity but even the proper pleasure of dog-keeping. The man who makes alcohol his chief good loses not only his job but his palate and all power of enjoying the earlier (and only pleasurable) levels of intoxication. It is a glorious thing to feel for a moment or two that the whole meaning of the universe is summed up in one woman–glorious so long as other duties and pleasures keep tearing you away from her. But clear the decks and so arrange your life (it is sometimes feasible) that you will have nothing to do but contemplate her, and what happens? Of course this law has been discovered before, but it will stand re-discovery. It may be stated as follows: every preference of a small good to a great, or partial good to a total good, involves the loss of the small or partial good for which the sacrifice is made.

I fear that the small good of, ‘Beauty is the language of worship’, has in fact been the cause of the demolition of beauty in most RC Churches these days. At numberless parishes, when art or music are discussed, most members of parish counsels are going to say things like “Father, I don’t like Gregorian chant, or Palestrina, or icons, or traditional architecture or [fill in the blank]. I’d rather have music like a swing band, or Peter, Paul and Mary, or a praise band, or Nirvana, or [fill in the blank]. Beauty is in the eye of the beholder. Who are you to judge, Father?”

And what usually happens is that either Father caves in to the parish council, or the members of that council (and many others) vote with their feet, going to another parish, and taking their contributions with them. Then the local bishop starts to notice the dropping attendance (in the form of reduced stipends), starts listening to the complaints of the parishioners, and either closes the parish, or replaces Father. But more likely, the bishop just does the latter.

More often, though, what happens is that the priest or the bishop says (if only in his heart), “I don’t like traditional music or art or architecture. To the extent that I even think about any of those, I prefer something that doesn’t look or sound too ugly, and doesn’t cost too much. And I definitely don’t like Latin or chanting the mass. I don’t know how to speak the one or sing the other, and I definitely don’t like being confronted with my ignorance of either. Sorry, but none of those things are happening under my watch.”

In short, I agree entirely with the good Fr. L that we should have beautiful churches. At the end of the Divine Liturgy of St. John Chrysostom, which I help to serve most Sundays, there is a prayer spoken by the priest near its end, which includes these words: “Bless those who love the beauty of Thy House; glorify them in return by Thy power, and forsake us not who put our trust in Thee.”

But may I respectfully suggest that unless or until Catholic laity and clergy put aside the pernicious doctrine of ‘Beauty is the Language of Worship’, and replace it with the corrective ‘the beauty of God’s Word and Creation are the language of Worship’, that beauty just ain’t a gonna happen.

2 Comments to “‘Beauty will save the world’ NOT!”